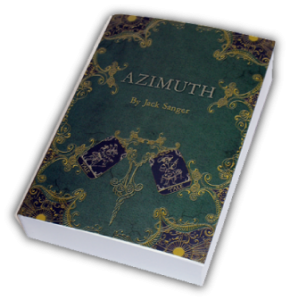 If a man could be said to be constructed from the tools of his work, then Kamil was just such a man. He laboured with pen and paper and from them he built history. His flesh was as dry and pale as bleached parchment, his blood so dark it could have been extracted from crushed beetles and yet his intelligence was as sharp as the knife he used to give edge to his quills. If in total he could be thought of as a book, it would be a thick, learned, heavily annotated leather-bound tome, with a simple modest title and his name in small letters beneath. And it would gather dust, rarely read except by other scholars, in the Great Library.

A royal historian, Kamil, is called to the court of his emperor. He is commissioned to write the history of a famous man, a magus, who lived many centuries before and whose thoughts and deeds influenced all the major religions and moral practices thereafter. The history is to help educate the willful teenage daughter of the emperor, Sabiya. He writes the history and proceeds to read it to her. As he does so he discovers that she is intelligent, provocative and manipulative. Not only that but she realises that this plump, middle aged man has a forensic brain and enlists his support in protecting her against her enemies, who would either kill her or find the means to disinherit her.

So Azimuth consists of two parallel stories like a double helix. The life adventures of the Magus represents one aspect of every chapter and the doings of the court and Kamilâ€™s entwinement in the world of Sabiya, represents the other. The Magusâ€™ story is told in separate adventures, chapter by chapter and each is prefigured in sequence by the esoteric major Arcana cards of the Tarot pack. They, mysteriously, give some inkling of what is to follow but they are cryptic and obscure. At the same time, wrapped round these adventures or tales, the story of the court with its intrigues, devilment, passions and bloody violence, maintains a tense narrative that frames the historianâ€™s readings.