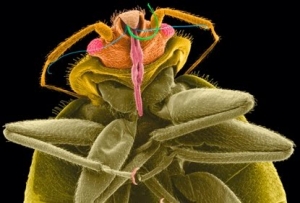 A Vampire May Visit You Tonight

Maybe there have always been fears of the bloodsucker. I remember as a child, wading in streams and ponds and watching diligently for a leech to attach itself to my welly. I was magnetised and terrified at the same time, wanting to see whether it could suck my blood through the rubber. It never materialised but that didn’t cross it off my list of horrors. In the taxonomy of terror, long before Bram Stoker’s Dracula gave it a human form around which to coalesce, we have worshipped the vitality of blood and we have known that having it siphoned from our body is bad news (except for the aforementioned leeches, which have recently made a medical comeback). Maybe the Aztecs or Mayans drank it in acts of religious fervour and Christians attach great significance to drinking Christ’s blood, if only in a symbolic form. Nature programmes show bats and other creatures suckling away at their unaware victims and the sight can disgust us with tremors of identification.

Here in Accra there are vast colonies of very large fruit bats in the city centre that hang blackly on avenues of trees, like dark, misshapen fruit. Despite their provenance as vegetarians, visitors can be decidedly ambivalent when they see the heavens darken as their collective will sees them reach for the skies.

In Ghana, mosquitoes are the great bloodsucker. I am told that the malarial mosquito does not come out until after nine o’clock but I don’t believe that these creatures from the depths, are timekeepers. I take my medicine and daub on my toxic barriers the whole time. We also have mosquito nets and spray the rooms. The consequence is that we feel pretty secure. Imagine us in netting that has a heavy hem to keep it snug to the floor. Nothing can get in. But, ironically, it is like a film of innocents locking themselves in their ‘panic rooms’ and then discovering….

What the audience discovers in horror films and what we discover inside our net is that something unearthly exists ALREADY inside. It is voracious and wants our blood.

News is out today from America that there is a global pandemic on the way with these creatures of the night. They are becoming impervious to sprays. They bite and cause nasty discomfort although, at least, they do not spread disease or, like Cronenberg’s The Fly, infect and transmogrify us into giant bedbugs. But, let us be plain about this, we do not want ANYTHING inside our sanctuaries. A human being should have a bed to call his or her own where the predators of the world are either banned or exterminated if they try to force entry. We have enough nightmares without that particular reality.