Slates, frozen milk and green woodpeckers
My slate was a rectangle, big enough it seemed to my small hands. It was bordered with wood, maybe pine but probably beech. The writing implement, my stylus, was not chalk but a smooth cylinder of slate, too. I have no memory of  the holders. They were probably owned by the children of families whose parents used something similar for cigarettes …! My parents, who both smoked at the time, certainly never provided them. Cigarettes in our house came in soft, colourful packets.

There were two school rooms and a small kitchen. The bigger room also contained the hall and was used by the five to eight year olds while the smaller one was for the older children on their way to the eleven plus. When school milk arrived it was put in the kitchen. In winter the milk was frozen in the bottles and had to be thawed out. As I write this I have an involuntary recoil at the memory of over-heated milk. Cold milk with a shake of icy creamy froth on top, was perfect. Older children thawed out the bottles. The little kitchen was also used for monitorial purposes. Apart from my sister, when she was three, I must have helped teach many children to read and write.
I remember being caned by the class teacher for laughing too much; that involuntary, impossible to stop, eye-watering laughter that feeds itself and those around. The caning was administered with a four foot, unwieldy garden cane. The teacher was not adept at sadism and every time she tried to lift and bring it down upon my hand, it caught the table and went askew. This fuelled more side-splitting laughter and led to less punishment.
An inspector came to the school and looked at all the children’s work. He singled out a composition of mine because I wrote that King Alfred’s ships were like swans in the bay. It was a self-fulfilling prophecy from that moment. A later teacher, at grammar school, scrubbed out my word ‘nadir’ and said the word did not exist.
I was somewhat proficient at art and had pictures displayed on the wall. I painted or crayoned birds and football teams. There was a strong thread of shimmer in them. I liked the clashes of green on red in a woodpecker and my teams also had green and red stripes, though no such strip existed. 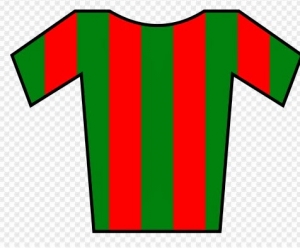 My two bibles then and later were the Observer Book of Birds – I learned to recognize every species together with the patterns on their eggs – and an annual three inch square book of the previous season’s football recorded in tiny print with results and tables throughout the season.  I had a favourite team for every division and knew the home strips of all teams in all divisions.
As I have said in a recent post, colour dominated my life, as though it depended upon it. Later, much later, in my fifties, I discovered that I had a genetic abnormality, one which made me both short-sighted and vulnerable to retinal detachment.