OJ Simpson: Made In America and The Keepers

There’s been much made of the changes in viewing habits in the last decade. The move towards box set blow-outs being one of the trends. On the one hand they satisfy an audience’s desire for gorging gratification and on the other they turn a TV series into a vehicle for writers, directors and actors to explore complexity and nuance which might be denied them in a 2 hour film. The two most recent unswitchoffable documentaries to stalk my eyes and adhere me to the late-night sofa are: O J Simpson: Made in America (BBC4 catch-up) and The Keepers on Netflix. Both are documentaries. OJ (you think you know the story – you don’t) tears American so-called democracy into naked strips and hangs them on the line. Race, trial-by-emotion, Shakespearean tragedy, social inequality and the interior landscapes of all the lead players make it a proper Oscar winner. You are left certain of guilt – but it is guilt on a massive, national scale. Meanwhile, The Keepers is a strangely conceived and deeply disturbing investigation into a decades old cold case of a Nun’s death – uncovering a paedophile conspiracy of police, Catholic Church and prominent members of the Baltimore political establishment. The detective work is driven by two unobrusive women who had been children in the school at the time and had no inkling of the obscenities that lay behind the school priests’ doors. Layers are stripped back, appalling suppressed memories are released by victims with a courageous frankness that sears and you are left contemplating darkly about how large a percentage of the world’s (male) population have desire in them to commit acts of such depravity. 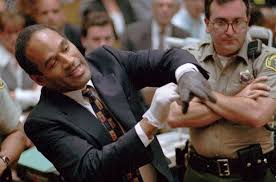 Corbyn will be vilified by the right wing press and politicians for raising a passionate critique of UK foreign policy in the Middle East. It is already being said that he is using the awful and appalling Manchester attack by an Isis-trained killer as a political football. There is absolutely no defence for the bomb, the bomber and the ideology that cares not a jot about innocence and humanity. But if we do not clear our heads and seek reasons from the current and past picture of British foreign policies, then we are cowards and imprisoned in false beliefs about our much vaunted open, democratic society and its ‘British Values’. As I write the people of Yemen, among the poorest in the world, are being bombed to a bloody dust by Saudi-led forces and supported in it by the UK and the US. This follows Cameron’s foray into Libya. And Blair’s in Iraq. The intelligence agencies warned Cameron and Blair that there would be consequences on our own shores.

Corbyn has every right to raise the issue. And it is the electorate’s responsibility to listen to his case.

The Ballad of Theresa May (The Mary Poppins of Brexit)

Cynical MPs who piss-take our voters

A Cabinet of ears with nothing between

Houses affordable for those with some bling

It’s all jam tomorrow plus the ringing of tills

But if you doubt me

And say that I am mad

I inanely repeat that I’m stable and strong

And then I don’t feel quite so bad 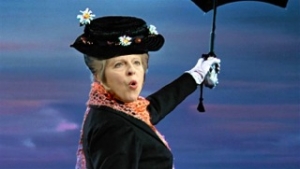 It’s time to jettison misconceptions – unless you are under 21! The threat to one’s sense of identity as a mature consumer of all things cultural should surely prevent even glancing at the first episode of Netflix’s Thirteen Reasons Why. An American High School setting. Early forays among late adolescents in a world of rocky identity against a volcanic background of sexual awakening does not augur well for box set bulimics. Yet, a glance became a stare and a stare became hours of intensely disturbed concentration. Thirteen episodes of subtly appropriate young adult dialogue in which deep, eternal issues are played out through the behaviour of a brilliant cast, leaves you drained but frighteningly educated. For those parents with teenagers it is a must, a connection with this rapid-filled period of parenting in a world they themselves have never experienced, the centrality of technology in self-identity and the fear of falling foul of others. For non-parents of the age group and the rest of us it is a prism revealing darkness and light, as much a journey into an opaque culture as The Wire. Add to this its moral core against the unrelenting motifs of rape and suicide and you have something very extraordinary.